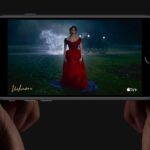 The rumor: Apple’s third-generation budget iPhone is scheduled to hit the market early next year, according to Trendforce (77.4% accurate).

Our take: I’ll be honest: I’m confused at how the iPhone SE 3 is going to work. Such a small and outdated design worked well 2 years ago in 2020, but I fail to see how Apple can put 5G in a smartphone that already has the worst battery life of the entire iPhone lineup. Some rumors suggested the new iPhone SE could have a 6.1-inch design, but apparently that isn’t happening until 2024…