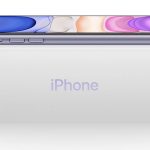 The sadness: Following the lead of other sources, Ming-Chi Kuo (76.4% accurate) says that he also thinks Apple will be slimming down in-box accessories for the iPhone 12.

Our take: Yeah so, this is simply disappointing. A significant number of people can barely keep track of the one charger included with their iPhone: if Apple doesn’t include a charger at all this year, it’s going to seriously and negatively affect those users.