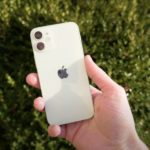 The news: While most iPhone 12 users are loving their new mini to max devices, some are reporting issues with strange tinting on the display, missed SMS messages and even when using screen protectors.

Our take: The only issue I’ve experienced is intermittent notifications for new messages…which is more annoying and makes me look like a bad person because I don’t reply than anything else. Let us know if you have seen any of this!