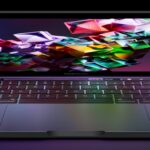 The news: Orders for the new M2 MacBook Pro are happening ahead of schedule, according to a new press release from Apple.

Sam’s take: This is great news! We’re getting our hands on the M2 chip earlier than Apple said we would. Looking forward to testing it against my M1 devices and seeing what noticeable changes there are generation-over-generation. Also, the time for orders isn’t the middle of the night anymore…it’s 7am CST!