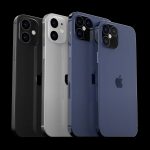 The news: Apple confirmed yesterday’s news of a non-September launch for this year’s iPhone lineup during their Q3 2020 earnings call.

Our take: As we’ve discussed for months, there was almost no way COVID-19 wouldn’t have impacted the development of the new iPhone models this year. Now it’s official.