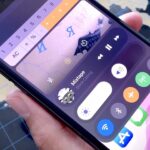 The rumors: Apple is preparing to revamp Control Center and more in iOS 15, according to McGuire Wood (accuracy pending).

Our take: A Control Center design with design elements from macOS would be yet another suggestion that iOS 15 may be the most neumorphic design yet. We’ve also seen Apple tweak some developer icons on iOS to look a lot less flat. Yet Wood has not been formally tracked yet so we recommend taking this rumor with a grain of salt. The concept above from Aleksey Bondarev looks so good.