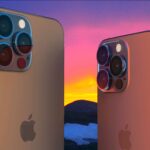 The rumor: Apple is launching the iPhone 13 earlier than last year, according to Wedbush Securities (69.2% accurate, via MacRumors).

Our take: Nothing new here except the reiteration of previous claims and more evidence for a third week of September launch. We’re getting closer to iPhone 13…