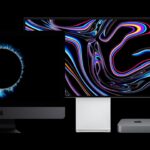 The rumor: Apple will be updating their lower-end Mac desktops in 2022 and higher-end Mac offerings in 2023, according to Ming-Chi Kuo (70.4% accurate).

Sam’s take: There’s not much detail about why these Macs may be launching so far apart…and it event contradicts with Apple’s own timeline of the transition to Apple Silicon being complete by the end of 2022. But Kuo also tends to know things very far in the future, and the first half of his tweet lines up with what other sources have been saying.