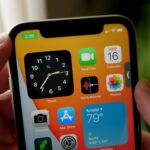 The leak: New evidence suggests that Apple isn’t quite done with iOS 14 just yet, as shared by developer Brendan Shanks.

Our take: This is odd that Apple would be working on a major 14.x update so close to the release of iOS 15.0, but it makes sense considering Apple’s new update strategy (which is great for enterprise customers, by the way).