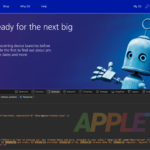 The leak: O2, a popular wireless carrier in the UK, has included references to Apple’s unreleased iPhone 13 on their website…ahead of an expected September unveil.

Our take: This could be one of two things: a) Apple is known to communicate with carriers ahead of the launch of a new phone and this could simply be preparation for the phone’s official launch in a few weeks or b) just a guess from a random developer that works for O2 that is making their best guess as to what Apple’s next phone will be called. But more and more evidence is pointing to iPhone 13, not iPhone 12s.