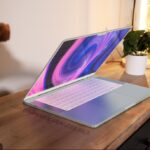 The rumor: A larger 15-inch MacBook could release with both the new M2 chip and the yet-to-be-announced M2 Pro chip, according to further details from Ming-Chi Kuo (72.5% accurate).

Ian’s take: This is certainly an interesting rumor. I am absolutely a fan of Apple adding options for users that want a larger screen but don’t want to spend upwards of $2500 to get it. Having the option for an M2 Pro chip in this thinner and lighter machine is very intriguing, but I worry it may encroach on the 16-inch M2 Pro MacBook Pro coming later this year…