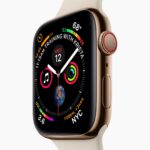 The rumor: A new, lower-cost Apple Watch with the design of the Series 4 is coming next week at Apple’s September 15 event, according to Jon Prosser (67.6% accurate).

Our take: To me, these specs sound pretty much spot-on. It’s a solid balance between not as new as the Series 5 but not too old like the Series 3.